Although lately the media has been awash with news about the opioid epidemic that is ravaging this country, Cocaine and Crack are still a widespread problem.  Never Alone Recovery is located just outside Chicago, one area where  Cocaine/Crack addiction is still a major health concern.

No one sets out to get addicted to cocaine or crack cocaine but it is something that happens quite often. These drugs are incredibly powerful and as such it does not take many uses before an individual can become hopelessly addicted. What may start out as a party, fun-filled weekend of cocaine usage, can quickly spiral into full-fledged addiction.

At Never Alone Recovery we understand about the issue of cocaine and crack cocaine addiction and as such we work with a number of quality treatment centers in order to get our clients the help they need. It is never easy to ask for help for your cocaine or crack addiction, but with our help you can finally break free from the chains of addiction and find the life of sobriety you have always wanted.

What is Cocaine and Crack?

Cocaine is an illicit drug that can come in either a powder, or solid-rock form that is known as crack. It acts as a stimulant that speeds up the body’s natural processes, such as the heartbeat and thought patterns. Over a hundred years ago cocaine was legal, and doctors prescribed it liberally in order to cure all sorts of ailments. It was socially acceptable to use cocaine, even to the point where the drug was once included as a main ingredient in Coca-Cola. However, as the years past the downsides of cocaine were discovered and it became increasing apparent that the drug was highly addictive and had many adverse side effects. When this occurred the drug was made illegal, creating a black market for the drug, the likes of which the world had never seen.

The 1970s and 80s are a testament to how powerful and dangerous cocaine is, as the drug flooded American shores, leaving death and destruction in its path. Initially the powder form of cocaine became popular and with it millions of Americans were swept up into addiction. As the 70s drew to a close and the federal government got a handle on the illegal importation of the drug, it appeared that the cocaine problem in America was coming to an end– that was until the introduction of Crack.

Crack cocaine first hit the streets in the 1980’s and overtook its base powder form as the preferred method of administration. The effects of crack are a shorter, yet much more intense version of the high experienced with powder cocaine. It is also much cheaper, therefore becoming more attainable to all socioeconomic classes, garnering higher overall sales as a result. This is why it reached epidemic proportions in the United States in less than a decade, and led to the ruin of many American inner cities.

Today, cocaine remains near the top of most commonly used drugs in our culture and represents a huge risk to our youth, as inhibitions regarding the dangers of drugs seem to be lessening day to day. Crack/Cocaine binges are typically a few days at a time, in which the user leaves on a Friday and typically will not be seen or heard for 3 or 4 days. It is also typical that large amounts of money are spent, and spent quickly, during a binge. If you or a loved one is dealing with some of the harsh realities that surround crack or cocaine addiction, please allow us to help you find the best treatment options available. 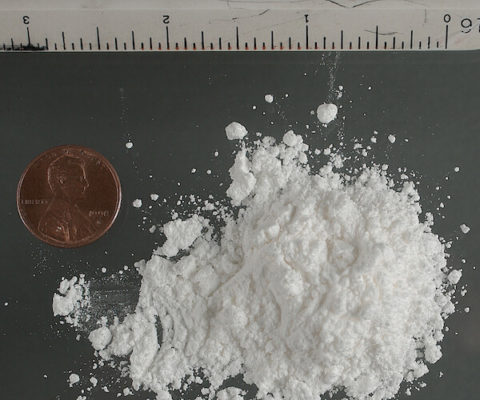 Above is one of the DEA’s file photos of powder cocaine.

Below is one of the DEA’s file photos of crack cocaine.

Both are highly addictive.

Unlike many other drugs, it is rather difficult to hide a cocaine or crack addiction. Whereas with opiates or alcohol the individual who is addicted could potentially hide their abuse for years, with cocaine is more evident when an individual is high, and it is even more evident when they are abusing the substance on a regular basis. People who use cocaine have a tendency to seem very wired and act erratically, so if you notice any of the following symptoms in your loved one, it is best to talk to them about their issue with cocaine use.

If you or a loved one want to learn more about how we can help to escape the clutches of cocaine addiction, please call us for a free consultation with one of our treatment placement specialists at (844) 364-4445 or email at: infoinfo@neveralonerecovery.com.